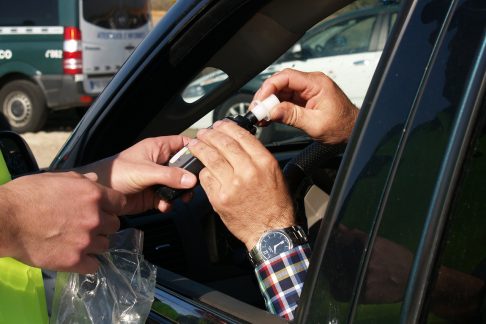 The vast majority of Michigan drivers are familiar with some common facts about driving under the influence (DUI), such as that the legal limit for blood alcohol content (BAC) is .08 and that the police officer who pulls over suspected drunk drivers will likely ask them to blow into a breathalyzer. Some fail to realize, however, that a breathalyzer is just the first test of a potential drunk driving case. After an arrest is made, drivers are obligated to submit to a chemical test at the police station.

Even more drivers fail to realize the penalties and consequences associated with refusing to submit to either test. As a result, there are some myths perpetuated about breathalyzer tests and DUI’s in general. This blog aims to clear up some common misconceptions about breathalyzer tests in Michigan and have you better informed about how to conduct yourself if you are pulled over for suspected drunk driving.

Myth #1: Refusing a breathalyzer is better for your case in the long run because it gives the state less evidence to use against you. Before diving into this myth, it is helpful to explain the exact purpose of a breathalyzer test, officially referred to as a Preliminary Breath Test (PBT). When you are pulled over for suspicion of drunk driving, the officer will undertake actions to justify an arrest of drunk driving. In addition to field tests, like reciting the alphabet backwards, walking in a straight line, or touching your index fingers to your nose, the officer may ask you to submit to a PBT to strengthen the case for arresting you (known as “probable cause”).

The results of the PBT are generally not allowed as evidence to secure a DUI conviction in court. So, it can be useful to refuse a PBT. However, refusing a PBT is a civil infraction that carries a fine of up to $150, plus court fees.

Myth #3: Waiting to take a test after your arrest is better because it gives your body time to lower its BAC. While the PBT taken at the scene of your arrest might yield a higher BAC than a blood (or other chemical) test hours after the fact, this does not usually benefit those arrested for DUI. Chemical tests are usually more accurate than PBT’s, so they are relied upon in court as evidence to support a conviction. The state can use the BAC calculated from a chemical test and come up with an estimated BAC from when you were operating your vehicle. So, the mere fact that your BAC will lower before a chemical test at the police station does not necessarily strengthen your case.

Besides not driving under the influence of alcohol or drugs, it is always best to call an experienced criminal defense attorney before you submit to any testing. It might still be in your best interests to proceed with any tests, but your attorney will be able to advise you of the potential ramifications of submitting to various tests. These ramifications will differ based on the type of test and whether or not you have actually been arrested.