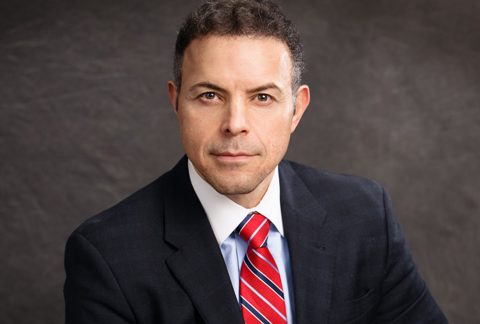 This article was originally posted by Wendy Fayne of the Oakland Press.

When J. Dallo became an attorney, it was his mission to provide representation to those in need of a strong advocate. Now, in addition to his successful legal practice, Dallo also runs Dallo Martial Arts in Southfield. This is no ordinary martial arts facility. As much as Dallo calls on his more than 20 years of experience in the martial arts field to educate men, women and children, his primary goal is instilling self-pride, self-discipline and a strong motivational ethic.

Dallo’s passion for martial arts began early in life, at the age of 9. While growing up in Oak Park, Dallo met a Kung Fu instructor which peaked his interest. At age 14, he first read Bruce Lee’s Tao of Jeet Kune Do, from cover to cover, multiple times, and began to practice his own workouts. At 16, he started his formal training at martial arts schools. Then in 1995, while as a senior in high school, he entered The Challenge Blood Sweat and Tears, Michigan’s first no-holds barred competition and won. That same year Dallo attended a seminar and met the man who became his instructor for nearly 18 years, Sifu Christian Malgeri. From that point on, Dallo knew Martial Arts was one of his passions.

Dallo attended the University of Michigan to pursue his other passion, law. At the same time, he joined the Michigan Wolverines Boxing Club. His instructor Malgeri, introduced Dallo to not only Guro Inosanto but Sifu Francis Fong, Ajarn Chai Sirisute, Professor Salem Assli and others and continues today to train under these legendary instructors, which in turn, is helping to develop the skills of his students as well as himself. Dallo is certified to teach the arts of Wing Chun Kung Fu, Lee Jun Fan Gung Fu, Jeet Kune Do Concepts/Kickboxing, Kali, Silat, Muay Thai and Boxe Francaise Savate.

While at the University of Michigan, Dallo fought nationally and became the captain of the team and earned ‘All American‘ in boxing by the National Collegiate Boxing Association. He attended Law School on an 85% scholarship, graduated on the Dean’s List and won the coveted Leadership Achievement Award, which is only handled to one graduate.

After practicing law for a number of years, Dallo knew he also wanted to help people help themselves and opened up Dallo Martial Arts in Southfield. With so many mentors throughout his life, Dallo decided he wanted to pass on his knowledge of the art which he believes helped him through his life and helped him become the man that he is today.

This article was originally posted by Wendy Fayne of the Oakland Press.