Get to Know J. Dallo 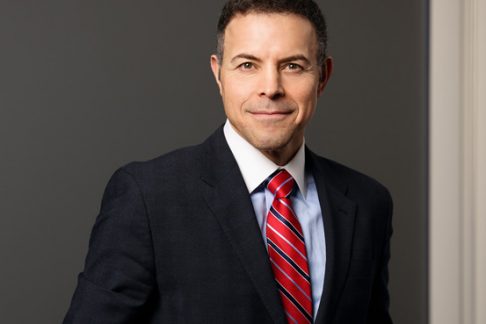 This article was originally posted by Sheila Pursglove from Legal News.

The former captain of the University of Michigan boxing team, and martial arts instructor is motivated by justice and came to the law in an unusual fashion. Before becoming an award-winning attorney defending clients in the courtroom, Dallo was an award-winning fighter who taught others how to be better aware of their surroundings and defend themselves against physical force. That is where he learned the art and significance of helping others defend themselves. He successfully competed in boxing, kickboxing, and no-holds-barred tournaments on his way to becoming All American, National Collegiate Boxing Association during his undergraduate career.

A resident of Sterling Heights, Dallo is a graduate of Cooley Law School where he excelled with multiple honors including the Leadership Achievement Award, Top Oakland County Litigator Mock Trial, and President of Student Bar Association. He has garnered numerous professional awards and accolades including a Super Lawyers distinction and selected as one of dBusiness/Hour magazine’s Top Criminal Defense Lawyer.

Today, Dallo uses his experience in the courtroom, martial science, legal acumen, and in-court prowess to challenge any prosecutor and any charge, no matter how serious or damaging. His understanding of his clients and resourcefulness have shaped him into a strong advocate for those hard-working individuals who have a lot on the line when faced with serious criminal charges.

Why did you become a lawyer?

To defend those who cannot adequately defend themselves without a competent attorney.

What are some of your recent cases of note?

In People v. F.S, my client was charged with illegally operating a money transferring business. He was accused of sending nearly $90 million overseas. I was able to challenge the U.S. district attorney’s allegation and show the judge my client sought the advice of his CPA and wanted to do everything properly and according to the law. The judge admonished the government for not placing the proper legal notices in place so entrepreneurs would be made aware of such an obscure criminal law. I obtained fines and costs only for my client despite the district attorneys wanting a long prison time.

In People v. H.I. in Oakland County, my client was accused of a heinous act. His name was dragged through the mud by a public that only based its opinions on what it heard. I learned you must fight for your client no matter what the public opinion may be. Never forget it’s your client’s right within the law to mount a defense, especially against a prosecutor who wouldn’t mind confusing the jury. Against what many considered insurmountable odds, I obtained a “not guilty” verdict on all three counts of first-degree criminal sexual assault.

What is your proudest moment as a lawyer?

Getting a crooked detective to admit to the jury that she lied to my client to get him to say what she wanted to hear to help her press charges against him.

What advice do you have for someone considering law school?

Know why you are doing it, and don’t tell me it’s because your parents said you’d make a good lawyer because you argue about everything. That is not what makes a good lawyer or a good reason to become an attorney.

What would surprise people about your job?

When you are a solo practitioner with excellent staff, the importance of taking care of your team and operating your profession as a business, too.

Who are your in law and in life role models – real and/or fictional?

If you could trade places with someone for a day, who would that be?

What do you do to relax?

What would you say to your 16-year-old self?

Go learn golf! Develop a plan for each week and work your plan; Develop discipline in studying; Get involved in your community and in college—attend events and get engaged with high school and university activities.

What do you wish someone would invent?

Hovering vehicles and trains that run on solar power, eliminating the need for asphalt/concrete/etc. roads, allowing more room for nature to grow and flourish, and reducing global warming. Clean meat, in an effort to reduce/eliminate the unnecessary torture, slaughter, and waste of living beings, and to also reduce global warming.

What has been your favorite year so far and why?

What is the most awe-inspiring place you’ve been?

If you could have superpowers, what would they be?

Read minds, teleportation, immortality, or imperviousness to space and elements

What’s one thing you would like to learn to do?

What is something most people don’t know about you?

That I have two lovely pit bull dogs I rescued over six years ago and that we run two miles every single day!

If you could have dinner with three people, past or present, who would they be?

What’s the best advice you ever received?

What other people think of me is none of my business. ~ Dr. Wayne Dyer

What is your motto?

Which living person do you most admire?

What do you consider to be your greatest achievement?

Besides winning a no-holds-barred tournament in 1995, graduating from the University of Michigan, passing the bar exam, winning high-profile cases, … it’s the birth of my son.

What are the most unusual things you have done?

This article was originally posted by Sheila Pursglove from Legal News.