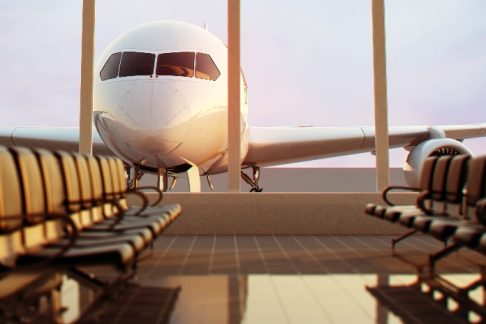 Michigan law allows police officers to confiscate cash or assets they believe have been gained through illegal means. Any type of property, including U.S. currency, can be seized and subject to forfeiture if law enforcement claims that it is involved in a drug trafficking scheme.

Referred to as “asset forfeiture,” this tactic is utilized by law enforcement agencies to confiscate property and potentially profit from the assets. According to Policing for Profit, a report published by Institute for Justice, forfeitures have proven fruitful for law enforcement officers. In Michigan, officers generally keep 90 percent of the forfeiture they seize. The process is quite effortless as very little evidence is required to take property.

Unfortunately, asset forfeiture is common at airports. Since drug trafficking has become a growing concern for Michigan, lawmakers recently enacted two civil forfeiture bills.  House Bills 4631-32, now allow airport authorities to seize assets from travelers who do not even have a criminal conviction. They can also execute the civil asset forfeiture process if the property or currency relating to a drug offense exceeds $20,000.

Graham Filler, a state legislator in Michigan, claims drug trafficking will not be tolerated in the state of Michigan. “The men and women who keep our airports secure need to have the proper authority to keep drugs and drug money out of our state – and this reform gives them the tools they need to get the job done.”

Not all agree with this law, however. “Traveling with cash is not a crime,” notes Institute for Justice. “People regularly fly with large amounts of cash for a wide variety of completely legitimate reasons related to their business or personal finances. Allowing authorities to take air travelers’ cash without a criminal conviction, simply because they have a large sum of money, is a blatant violation of their rights. This will lead to innocent people losing their money and is a massive step in the wrong direction by Michigan lawmakers.”

As stated previously, cash forfeitures at airports have a long history of occurrence. In 2019, the Drug Enforcement Administration (DEA) took $82,373 from Rebecca Brown at Pittsburgh’s airport. Rebeca Brown tried to take her father’s savings on an airplane when a DEA agent seized it because large amounts of cash are considered suspicious by the agency.

In 2020, local police in Phoenix seized cash from Jerry Johnson, the owner of a small North Carolina trucking company who flew with $39,500 in cash. Mr. Johnson planned to buy a semi-truck at an auction but instead was accused of money laundering.

Michigan legislators claim this new reform will promote public safety at airports. But which is a bigger threat to public safety: drug traffickers or police offers empowered to rob people they mistakenly perceive as drug dealers?

If you or someone you know has recently had their property seized by law enforcement, including cash seizures at Detroit Metro Airport, it is imperative that you seek the help of an experienced asset forfeiture attorney in Michigan. Practicing criminal defense, immigration law, and civil asset forfeiture, Dallo Law, P.C. has an in-depth understanding of the legal procedures required to get the property returned quickly.

Having represented numerous clients whose cash was seized just because they were traveling with money in their pockets, Dallo Law is experienced in standing up against this level of governmental misconduct and defending people’s individual rights.