Is DUI a Felony in Michigan? 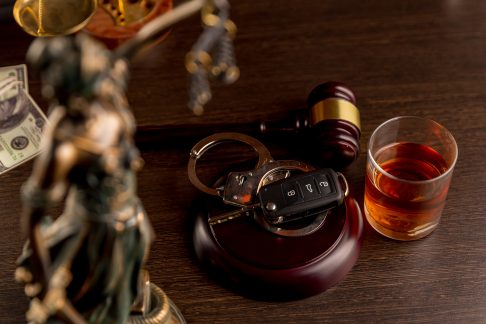 Is DUI a Felony in Michigan?

Many people do not realize that driving under the influence (DUI) can result in a criminal charge. In the state of Michigan, individuals convicted of drunk driving or DUI may face numerous penalties.

According to Michigan Vehicle Code 257.625, anyone aged 21 years or older operating a vehicle with more than 0.08 in blood alcohol concentration (BAC) can face DUI charges. Michigan’s DUI laws pertain to all types of motor vehicles including boats, automobiles and even snowmobiles.

The penalties for DUI can be severe and are determined by a variety of factors. These include prior convictions, a person’s blood alcohol content (BAC), whether minors were present and whether there were deaths involved. If an individual faces their first or second DUI offense, the charges will be misdemeanors. The third is charged as a felony.

If an individual operates a vehicle under the influence and causes an injury, they can be charged with a Class E felony – the same as a third DUI conviction. The offense is escalated to a Class C felony if a person’s drunk driving causes someone’s death. A Class C felony is punishable by up to 15 years in prison, up to $10,000 in fines and a revoked driver’s license. Additionally, the individual must forfeit their vehicle.

Aside from crippling fines and jail time, an individual may be required to have an ignition interlock device installed on their vehicle or even lose a professional license. A conviction can also ruin someone’s career, future employment opportunities, and reputation.

If you been charged and arrested for a DUI, it is important that you contact a skilled Michigan DUI attorney. J. Dallo at Dallo Law, P.C. has been defending those accused of DUI for years and has a track record of success. He will work tirelessly to protect you from a harsh sentence.